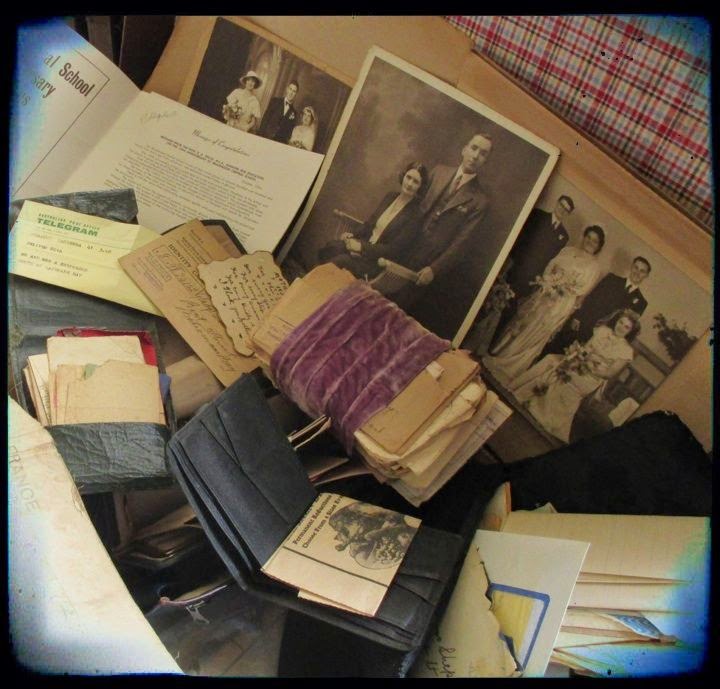 It is time to dig into Aunty Glad's suitcase for some more WWI history.

Among the collection of WWI post cards from Angus Shepherd and Malcolm Michael Shepherd I found one that intrigued me.  This was what you would call a "fill in the gaps" post card.  i.e. the card had a number of messages on the back which the sender could cross out and keep the appropriate message.  Handy I thought, something today's post card printers should consider for the traveler who wants to send a message home with the minimum of effort. 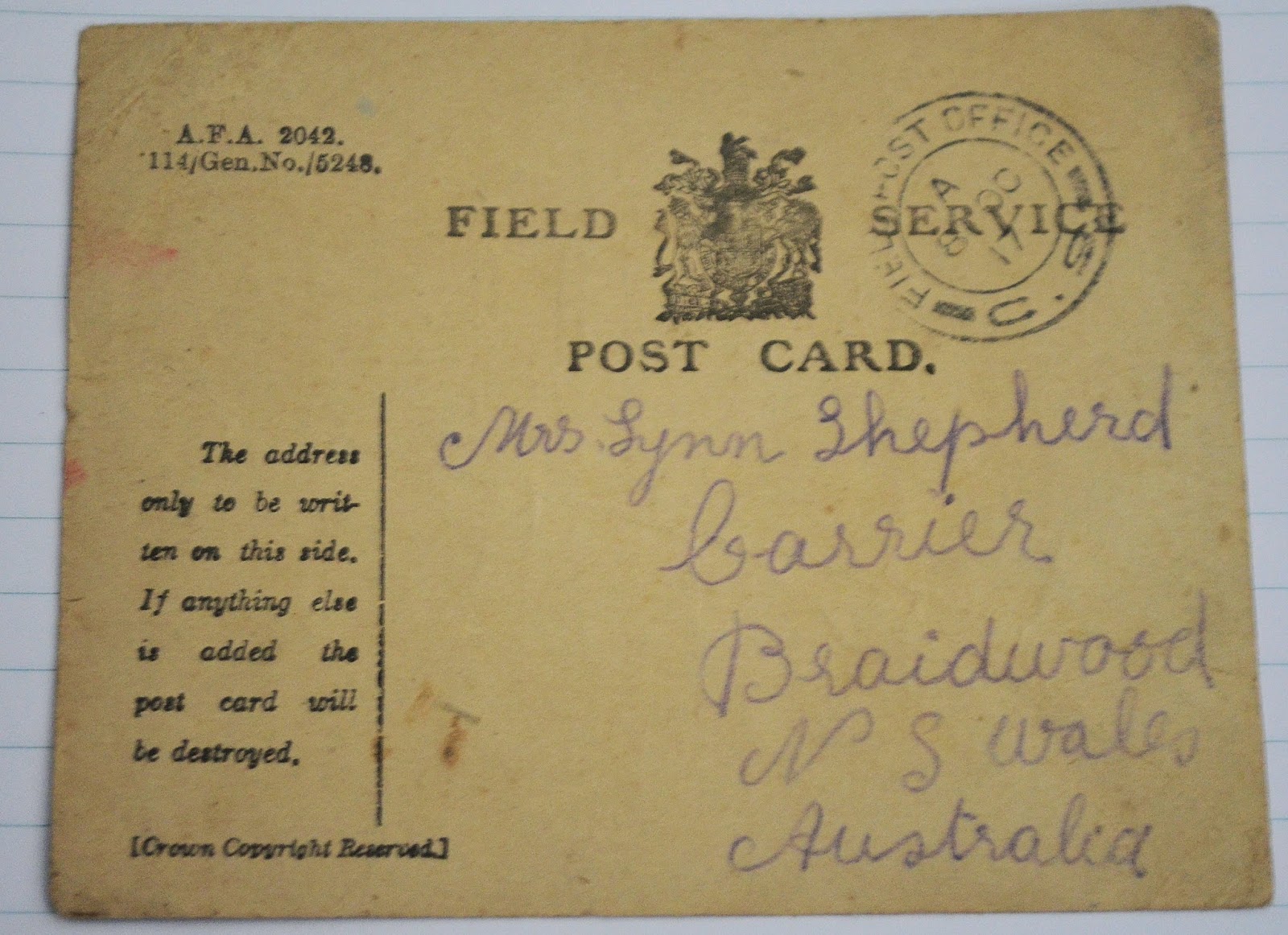 Field post cards were an early form of censorship that were designed for troops to send home.  The message from the soldier was compiled by crossing out the irrelevant lines, they were not permitted to write any additional information other than their signature and the date. 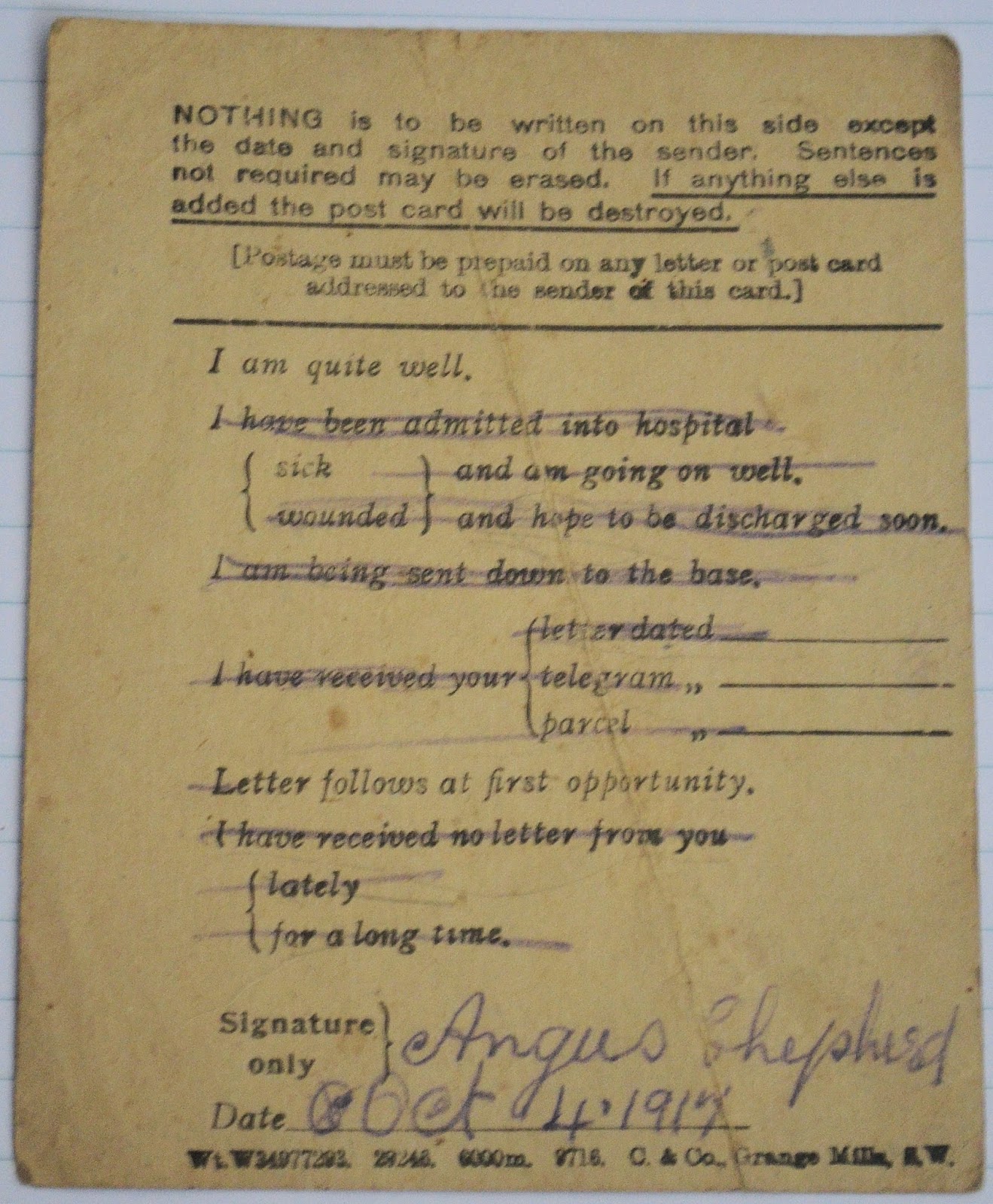 These post cards served a number of purposes.  Not only did they provide their loved ones at home with the knowledge that they were still alive but also gave the soldiers something to do.  Boredom was an issue for the soldiers in the field and writing was one of the few activities that they were able to do and provided them with some distraction from the horrors of war.

Playing a part in the War propaganda, the Field Cards not only delivering those at home with news of their loved ones in the forces but also helped to sustain the popularity of the war effort on the home front and protecting families from the reality of the Australian War effort in Europe and North Africa.
Posted by Unknown at 1:04 AM