Friday's Family History Through the Alphabet Challenge - F for Freemasonry 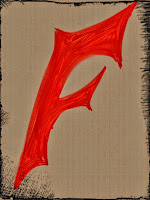 Did you have a grand father, great uncle or male relative who was a member of a Freemason fraternity??

As a small girl, I remember  my father dressing up in his dinner suit once a month with his small black brief case and heading off to the local Masonic Hall.  Nothing like "men's secret business" to spark the curiosity of a child. When I asked him where he was going he would advise that it was a place where a group of men met in friendship and to look at ways to benefit our community.


Yes this weeks post on Friday's Family History through the Alphabet Challenge , for the Family History Through the Alphabet Challenge, is going to be "F" is for Freemasonry.  Besides my father, a number of my male ancestors were members of  "lodges", all stemming from the a Freemasonry background.  Lodges played a strong part in the social life and fellowship of males in the early history of Australia and this continues  to the present day.  Exploring their involvement provides you with a little more understanding of your forefather, how they socialised, their companions and their engagement with their local community.


The Freemasons are members of one of the largest and oldest fraternity in the world. The origin of the  movement is not clear but it is thought to have originated in the Middle Ages amongst the groups of stone masons involved in the building of the castles and churches of that era.  There is some suggestion  that they were influenced by the group of Christian warrior monks called the Knights Templar, whose role was to help protect pilgrims making their trips to the Holy Land.  The fraternity of Freemasonry expanded with groups springing up in communities all around the world. These groups were made up of men from all levels of society bound together by a mutual understanding of equality and brotherhood with an overlying philosophy of high moral standards.


The first Grand Lodge was created in 1717 in England.  This was the first formal organisation of the Freemasons.  Other countries followed on with this example and Grand Lodges were created in many geographical areas as the administrative body of Freemasonry and the local organisations were called lodges. The "Masons" or "Freemasons" have played a significant role in western culture for hundreds of years through their leadership and community involvement, with many members holding significant offices in government, business and public service.  However, in the majority of cases Freemasons are everyday members of small-town communities working to uphold the traditions and principles of their fellowship. Due to their secretive nature they have often been surrounded by a shroud of mystery and curiosity over the years.

In Australia, the first Freemason to set foot on Australia is thought to be Sir Joseph Banks in 1770.  Members of military lodges brought Freemasonry to Australia and The Australian Social Lodge No 260IC was the first lodge to be established in Sydney, Australia with their first meeting being held on the 4th of January 1830. The United Grand Lodge of New South Wales was officially established in 1888.  In the years to follow Grand Lodges were started in all of the Australian States.

Freemasonry and Family Tree Research
Contrary to popular belief, the Freemasons of today are very supportive of those who are wanting to research members of their family who were involved in the fraternity.  Most of the Grand Lodges have their own Museum and for a small search fee will look up details of past members. The information that you will be able to find is generally the age when your ancestor joined, their address and occupation at the time of joining and sometimes there will be photos of members.

A very useful site is the Library and Museum of Freemasonry in the United Kingdom, and they provide a great array of resources for researchers who are looking at the history  and the people involved in the Freemasonry movement.

If you are interested in researching your family members who were members there is a link to a very informative document Information Sheet About Freemasonry and Family History which is designed to assist genealogists. This site also provides researchers with contact details of other Grand Lodges around the world.